On Revolutionary Rhetoric and "Progress"

Speaking for myself, epigrammatic statements about history tend to have an arresting effect; they can seem to be saying momentous weighty things in few words. One must stop and think about them. I give two examples above. I've found at times that some of these terse and profound statements, when sifted through the mind, dwindle and melt into thin air. Other ones stay with me and contribute to my fixed stock of what is supposed to wisely guide me through my own life paths. Other sticky epigrams about history stay with me like a battle scar that never quite heals.

You will have your own little pithy statements about History and Time and Memory that you picked up and kept, because they resonated with you in some way...maybe something about the only thing we learn from history is that we don't learn from it? I find that one haunting.

Another one you've all heard, the one about History being written by the winners? That one has stood me in good stead; ever since I read (or heard) that one and then sifted it, I've kept it in my pocket. Reading history from the non-winners' side has been enlightening for me, so far...

Over the last few years I've started to look at these mini-poems as a kind of rhetoric, and it's instructive to try and see what makes them work. What metaphors are being used? What was it that initially got its hooks in me? Are there aspects of rhythm or sound that hypnotize me in some way? Can I identify a prior disposition towards the sentiment of the epigram? Do I only like it because it seems profound on the surface? Do I really think that Time, Memory, or History works that way? Or do I think it's argumentative, and something to be mentally filed away for some future debate moment?

All of this was actuated by my readings of the 18th century Neapolitan philosopher of History Giambattista Vico, current U.C. Berkeley cognitive linguist George Lakoff, and by a gigantic Encyclopedia of Rhetoric, edited by Thomas Sloane, that I received two Christmases ago, and - geeky generalist me - I love to read for fun. 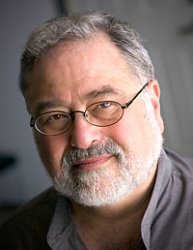 Lakoff made me realize metaphors aren't merely poetic devices;
they are the social atoms our worlds are made of, and they
operate in their most profound ways unconsciously.

I have found a drug-like effect when looking at things this way. Do you know that feeling of meditating on words or phrases so much that their very wordiness starts to come into stark clarity? I do. I'm suddenly realizing this word is being conveyed via a very abstract series of 26 "letters," which combined, are supposed to say something about "reality." Then...a figuratively audible POP!, and they disappear in the luminiferous ether.

What happens soon after: I realize someone intended something when they chose those words. I also know words are not the things they represent. I find myself in what the phenomenological sociologist Alfred Schutz called a "finite province of meaning": In looking at language in this way, I enter a sort of zen-like state that is not my "ordinary reality." For some few seconds, I inhabit a pre-verbal world. It doesn't last. I haven't practiced enough to stay there long. The monkey-chatter of words reasserts itself.

There is often an abyss, in which I'm once again reminded, almost all of my worlds are made largely of language. And we have forgotten this. But words are not things, and there are words at play in our everyday interactions with others - our taken-for-granted worlds - that are so abstract I doubt there are two people who understand these Big Important Words in the same way. Liberty. Freedom. Fairness. Democracy. Love. Wealth. Good. The Mind...

Oh these words that can make us so unhappy!

At the same time, I now see some dramatic, game-like element in some of the language... games, and realize there seem to be a subset of those language games (and what they supposedly represent) which need to be taken "seriously," if only because many people I love are playing it seriously. I can't help but see things ironically, if only because of the built-in doubt, this Copenhagen-ness at the social level.

I have presented but one quasi-phenomenological/Wittgensteinian/Korzybskian/Lakoffian snapshot of one way of looking at language and "reality;" there are many more versions. Yours, for example. But how many of the 7 billion have some sort of, for lack of a better term, relatively sophisticated understanding of the basic concept Words are not Things? Are we getting better or worse or staying roughly the same as to a canniness about WOIDS? (Yes, we are doing at least one of those three.)

Have we made any progress in this? Does My Dear Reader think the mass mind, summed over, has gotten hold of how powerful language can be? (And what, in the previous two sentences, does "we" "progress""mass mind" "gotten hold" and "powerful" mean?)

I ask this rhetorically, of course, Of course!

All laws are directed against the working people...Even the school serves only the purpose of furnishing the offspring of the wealthy with those qualities necessary to uphold their class domination. The children of the poor get scarcely a formal elementary training, and this, too, is mainly directed to such branches as tend to producing prejudices, arrogance and servility; in short, want of sense. The Church finally seeks to make complete idiots out of the mass and to make them forgo the paradise on earth by promising a fictitious heaven. The capitalist press, on the other hand, takes care of the confusion of spirits in public life...The workers can therefore expect no help from any capitalist party in their struggle against the existing system. They must achieve their liberation by their own efforts. As in former times, a privileged class never surrenders its tyranny, neither can it be expected that the capitalists of this age will give up their rulership without being forced to do it...


This was from an anarchist manifesto drawn up in 1883, when anarchists congregated in Pittsburgh. The language reflects a literate readership, but it seems accessible to most. Some of the phrases, such as "capitalist press" and a few others, feel quaint. There is a strong worldview, well articulated. How much have things changed?

We know things have changed, maybe even "progressed" since 1883. What does this excerpted anarchist broadside/manifesto from 128 years ago uncover about the nature of social progress?

I ask this rhetorically.
Posted by michael at 6:37 PM

It seems like the present order of things is essentially held in place by language and the people hypnotized by it.

Politicians and advertisers have understood this for a long time. The last thing they want is a literate public that is also agnostic about language. Could you imagine political speeches written in E-Prime? The sanity and intelligence of rhetoric would be at once shocking and alien to audiences.

It seems like it is probably one of the most pressing matters facing our time; Can younger generations be critical enough to detect the lies inherent in the corporate controlled mediums of communication?

I like to think the internet is promoting the democratization of ideas while at the same time spurring critical thinking about information sources.

So maybe there is some hope for progress.

I think there's hope too.

I do wonder how the amorphous groups of people - like you, who "get it" - vs the hypnotized by words - a large portion of which seem well-meaning - are weighted. Does it take 10% of us to enact radical change, or more like 70%?

Your idea about a mass knowledge of E-Prime seems a wonderful thing to contemplate.

I was sitting in a jury duty pool, large room, couple hundred people, in downtown Long Beach, CA. Most of us were waiting to see if our group would be called into a courtroom. I was reading Science and Sanity. An older woman said, "You're reading Korzybski!" I was startled: someone knew who he was? Turns out she had been a public school teacher for a long time. She told me she and her colleagues taught basic General Semantics to IIRC, 6th graders. With fantastic results. After a couple years, the principal of the school said the school board doesn't want that. Go back to identifying verbs, nouns, prepositional phrases, etc.

She thought some powers felt threatened by kids who were truly critical about language. She and her colleagues were told GS was a "fringe" idea.

I was working in a library and a nice older lady and I were talking and I said I was interested in Korzybski, and she knew full well who I was talking about. She said in the 1950s/early 1960s AK and GS books were studied on college campuses, but it seemed that suddenly it died out. I asked her why. She said she thought that business and religious groups thought GS was dangerous.