As I see it, as of today, trying to figure this jit out...

After looking at some advocates of the NIT, most of them are similar in that they would assess a personal tax liability of a household, then subtract the sum of the basic incomes of every member of the household. If a positive number comes up, the household pays some taxes. If the number is negative, the government pays some benefit money to the household. From what I've seen so far, there are slight differences in how this benefit is assessed.

All in all, so far the NIT and the UBI look almost the same. The NIT in one way looks simpler, in that it avoids what the UBI does: people doing very well are given their UBI, then it's taxed back. The NIT avoids some paperwork (or an extra step of bureaucratic falderal), it seems to me. But the UBI still seems like a better idea to me, and here's why:

1.) The NIT could in theory be individualized for each household member, but that seems messy, and puts back the paperwork that was saved earlier. Under the NIT, the aspect of taxing the household means that the highest wage earner would receive most of the NIT money; one of the strengths as far as Van Parijs's "real freedom" is that women would be able to extricate themselves from an abusive vassalage via marriage and concomitant unpaid work of being a wife and mother. The UBI operates at the individual level rather than the household level and gives everyone (of say, 16 or so...in Alaska every citizen of any age receives money!) money. The UBI would be, shall we say, less unequal.

2.) There is a time lag between paying the household tax and receiving the NIT money returned. Under a given social system, if there is no other "safety net" this time lag may lead to desperation. The UBI avoids this, and it seems therefore better at fighting poverty than the NIT in this regard. 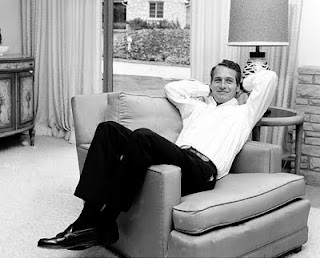 3.) When trying a new job, or just after losing one, unemployment benefits are interrupted (depending on the current system and country and other factors). If someone is unemployed and receiving benefits they think of going back to work, but wonder if it would be worth it by taking a low-wage job. Economists do not often factor this social aspect into their equations, but social workers certainly know this as the "unemployment trap." The UBI would greatly alleviate this quandary.

I was fascinated to find that the NIT is alive for the liberals in Australia right now; I was more surprised to find that it had been tried as a sort of experiment in the US in selected poverty-stricken areas in the late 1960s and early 1970s. And that during the time of Nixon a national NIT almost went through, but narrowly missed out on votes.

Lady Rhys-Williams is often cited as first proposing the idea in the 1940s, as part of UK's Liberal Party; she later switched to the Conservatives. Ludwig von Mises acolyte Henry Hazlitt, an American conservative and impressive intellectual (to me, reading about him recently) proposed the idea in Unistat before Milton Friedman's 1962 book Capitalism and Freedom

So far, I've found that, in general, conservative types like the NIT, while more liberal and Green and left-libertarians like the UBI. Aun aprendo...still learning...

Previous and Subsequent Blogspews From the OG on this Topic

I suspect that for either the UBI or negative income tax to work really well, it would need to be coupled with a universal health care system that guaranteed coverage for everyone. That would eliminate much of the unemployment trap -- you could take a job or start a business. In fact, the freedom to start a business without having to worry about losing health care would be a useful way to help deal with unemployment.

The time lag for the negative income tax is a serious problem, but it could be dealt with, if a system of low interest loans was set up. Time lag is a big problem with the Earned Income Tax Credit -- much of the money is skimmed off by companies that complete your tax return, then provide a high-interest "advance refund."

In these kinds of blog posts, I really need this quality of comment, and I thank you for it. An hour before I read this I was looking into the Earned Income Tax Credit.

I suspect your take on a universal health care is unimpeachable. In all my readings about it, Unistatians would probably save money and get equal or better care, but corporate media has a maddening number of Murrkins screaming that it would mean a WORD that is evil, and they continue to suffer. Ignorance and stupidity seem to be the biggest obstacles here?

Great point about a universal health care system - something I often forget (or take for granted) because there's been such a system in the UK for decades.

And over 99% of folks in Britain would fight to keep this highly successful practical-utopian system (despite the lying propaganda from the lying liars among the hard ideological rightwing).

When I ponder this, I wonder about the original creation of the NHS (National Health Service as it's called in UK). Creating it from scratch 60 years ago - when the country had far less wealth than now.

I'm pretty sure that if it had to be created from scratch now, it wouldn't be - it would be labelled as too utopian, costly, wishful thinking, etc, by politicians, media, and those who beleive politicians and media (to overgeneralise slightly).

The Citizen's Dividend beats both of them, because these other ones are not funded out of rent.

The Law of Rent proves that increases in rent will nullify whatever expected benefits will occur.

"Some years ago in London there was a toll bar on a bridge across the Thames, and all the working people who lived on the south side of the river had to pay a daily toll of one penny for going and returning from their work. The spectacle of these poor people thus mulcted of so large a proportion of their earnings offended the public conscience, and agitation was set on foot, municipal authorities were roused, and at the cost of the taxpayers, the bridge was freed and the toll removed. All those people who used the bridge were saved sixpence a week, but within a very short time rents on the south side of the river were found to have risen about sixpence a week, or the amount of the toll which had been remitted!" - Winston Churchill

Thanks for your enlightened response, Mr. Miller. The Law of Rent remind me of Ricardo's Iron Law of Wages. Indeed, "rent" seems to be a part of the paideuma (see more recent blog post in this spot) that most people haven't thought much about. Or if they have, they don't talk about it. Robert Anton Wilson found it interesting and telling that there have been no TV shows in which landlords were the main characters...I like the word "mulcted" in the Churchill quote.

The Citizen's Dividend has much to offer our imaginations, and I'm busy trying to get a sufficient grasp of these wonderful alternative ideas. I find this study difficult, because 1.) each idea has very many moving parts and, as you point out, making a change in one area can possibly set off predictable changes in some other area, and 2.) It also seems a "law" that we must consider "known unknowns" in any of these changes.

I recently read one pretty radical writer on alternative economic ideas say we should impose a Flat Tax of 90% on everyone! Can you imagine the changes then?, assuming the Rich actually paid?

The other problem is that an NIT typically puts the highest marginal rates on the lowest incomes, meaning we still have the 'welfare trap' effect, and we still try to raise the most taxes from those with the highest dollar-for-dollar marginal propensity to produce.

Thanks for commenting. I think you're right about the NIT. It's been a loooong time since I wrote this post and since then the topic has really heated up.

I'm right there with you: we must avoid the "welfare trap" and anything that's done, ostensibly to ameliorate poverty and inequality had BETTER be done in a way so that the All For Us/Nothing For Anyone Else crowd doesn't wipe out the entire safety net and leave everyone else even worse off.

Howdy. Here in 2019 your ideas about money seem practical to me. I wonder how the economy of the 2020's will unfold.