William James and the Tough and Tender-Minded

This afternoon, indolent and slothful, lax and swelling with sweet slack, after a walk in the woods, I began reading in a stack of books begotten via my maxed-out library card. In a book of quotations, Jewish Wit and Wisdom, I ran across this:

"A cartload of pasteurized milk for nurslings at four o'clock in the morning represents more service to civilization than a cartful of bullion on its way from the Sub-treasury to the vaults of a national bank five hours later."

"People who want to understand democracy should spend less time in the library with Aristotle and more time on the buses and subway."
-Both quotes are attributed to Simeon Strunsky, who I had to look up. 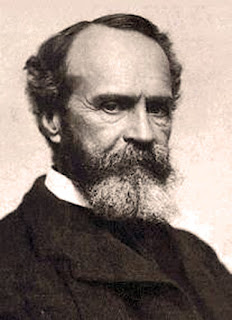 This reminded me of William James's first lecture of 1906, the first of eight he gave at the Lowell Institute in Boston, and there was at least one of the eight at Columbia, in January of 1907. All the lectures were open to the public, and the crowds were overflowing with blue-collar thinkers, readers and intellectual types.

Possibly my favorite book of Philosophy of the Roaring 20th century - in the sense of James as a canonical thinker, that sort of Philosophy - all eight of the lectures can usually be found in cheap and delightfully readable editions under the title Pragmatism, although I've also seen those collected lectures titled Eight Lectures on Pragmatism. Anyway, you can download it for FREE here.

The Strunsky quotes reminded me of the first lecture, "The Dilemma In Philosophy," in which James addresses the gulf between rationalism and empiricism and says most of you people are probably a mix of both; if you think a lot about it you may be perplexed by the inconsistencies in your worldview, and what should you do?

James says rationalistic philosophers are "tender-minded" in their disposition. They're generally intellectualistic, idealistic, optimistic, religious, free-willist, monistic, and dogmatic. They insist on going by principles.

For James, the empirical ("tough-minded") philosophers like to go by facts and they're sensationalistic, materialistic, pessimistic, irreligious, fatalistic, pluralistic, and skeptical.

106 years ago, some of these terms commonly meant something slightly different than they do today, and in characterizing the tough-minded and the tender-minded, James is not choosing any term in a loaded way. When he says the tough-minded are "sensationalistic" he means they make sense of the world via their sense organs and he means to contrast this with the tender-minded person's "intellectualistic," in which he means those people know things by reading philosophy books and other textual High Kulch efflorescences filled with abstractions, "wisdom" and erudition.

There's a passage in this lecture that's become oft-quoted, but it's so good I have to be another who quotes James, on pragmatism and these two types of dispositions:

"Most of us have a hankering for the good things on both sides of the line. Facts are good, of course - give us lots of facts. Principles are good - give us plenty of principles. The world is indubitably one if you look at it one way, but as indubitably it is many, if you look at it in another. It is both one and many - let us adopt a sort of pluralistic monism. Everything of course is necessarily determined, and yet of course our wills are free: a sort of free-will determinism is the true philosophy. The evil of the parts is undeniable, but the whole can't be evil: so practical pessimism can be combined with metaphysical optimism. And so forth - your ordinary philosophic layman never being a radical, never straightening out his system, but living vaguely in one plausible compartment of it or another to suit the temptations of successive hours."

O! How cosmically hilarious I find this passage! What a heretic! Because it seems so-so-so true to me. Because it's utterly, scandalously and outrageously playing tennis with the net down, to piss of the stuffy academicians. Because James dares to talk to the rabble in such a way. Because he lets the farmers and shop-keepers know that they really ought to keep on being philosophically-minded, to keep thinking, or as Robert Anton Wilson said, "Keep the lasagna flying." Because really: for James, these are only words. And because, for some of us who were on to James and Pragmatism before reading this, we knew he was going to deconstruct just about all of the hallowed terms in Western philosophy from the previous 2500 years. (His pragmatic colleague John Dewey published a book in 1920 titled Reconstruction In Philosophy.) Gottfried Wilhelm Leibnitz, 1646-1716, one of the
mostly stupendously brilliant nuts history has ever
seen fit to throw our way.

In this same lecture, by way of discussing the extremes of tough and tender-mindeness, James uses six paragraphs to really skewer Leibnitz's extremely rationalistic tender-mindedness in a way to make even Voltaire blush.

James starts in on Leibnitz with, "Truly there is something a little ghastly in the satisfaction with which a pure but unreal system will fill a rationalistic mind." James pulls no punches: "superficiality incarnate" is Leibnitz's Theodicy. James tears it to shreds, not because he dislikes Leibnitz, but because the extremely tender-minded can be incredibly callous to actual human suffering in justifying suffering in a perfect world made by a perfect God. James quotes long passages from Leibnitz, then writes, "Leibnitz's feeble grasp of reality is too obvious to need comment from me." Then he cautions the crowd, he didn't need to go back to a "shallow wingpated age," for these kinds of minds are around now.

[I realize more information and a fleshed-out take on Leibnitz has arisen since 1906, and we know he was an incurable brown-noser with the royal and rich, but Bertrand Russell and others have shown that Leibnitz had a second, very different, much more tough-minded view of things...for which I will perhaps save for some future blog-warble. Leibnitz was one of the great minds ever, in my opinion, although I still consider James's points on the Theodicy very strong.]

James begins to contrast Leibnitz's "airy and shallow optimism" with a then-current-day anarchistic pamphleteer and vocal critic of Unistatian imperialism after the 1898 war named Morrison I. Swift, who collected atrocities committed against the poor and working class from newspapers and commented on the stories. One of the stories begins:

"After trudging through the snow from one end of the city to the other in the vain hope of securing employment, and with his wife and six children without food and ordered to leave their home in an upper east-side tenement-house because of non-payment of rent, John Corcoran, a clerk, to-day ended his life by drinking carbolic acid..."

"Such is the reaction of the empiricist mind upon the rationalist bill of fare," James writes, meaning Morrison I. Swift's mind. But James was sympathetic here: "Mr. Swift's anarchism goes a little further than mine does, but I confess that I sympathize a good deal, and some of you, I know, will sympathize heartily with his dissatisfaction with the idealistic optimisms now in vogue."

I have gone on far too long about just this one (of eight) lectures from 106 years ago, and bid adieu.
Posted by michael at 2:03 AM